I investigated the movement of the newly added parameters in Ver 5.3.

The possible selections are as follows.

I could not find out this time how the relevance is, but when “from inner to outer” and “from outer to inner” are selected, the “start point – Permit optimize start points” is hidden.

Start with the default value of “anti-over rush deceleration”. 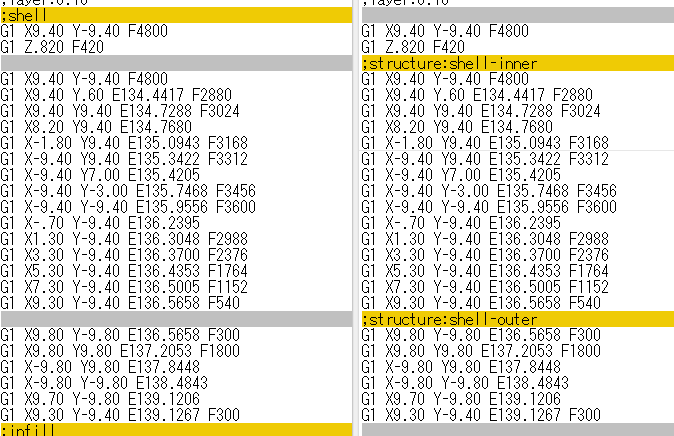 As far as I can see, there is no difference between this and the previous version. It seems that this output has been done for a long time.
The order of output is also from inner to outer.

If you look at the output order, it is the same as “from inner to outer” but there were two points where the movement was different.

from inner to outer 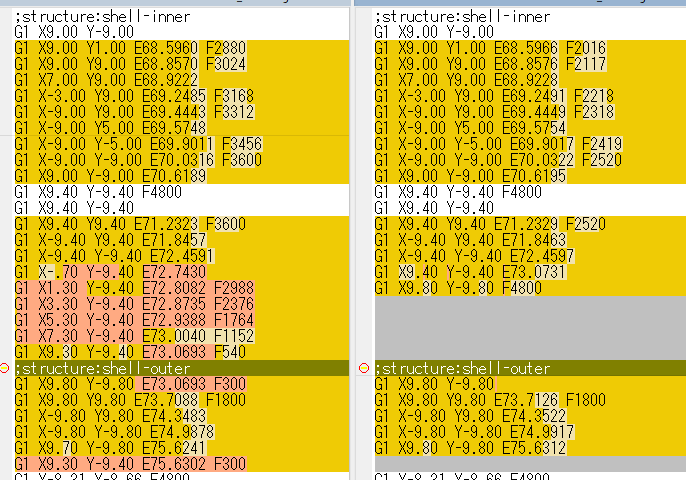 The output sequence is the same as for “anti-over rush deceleration”.

However, there is a difference in speed.

The above example is difficult to see because the “Start Point Acceleration” parameter is applied, but the “anti-over rush deceleration” is F3600, while the “from inner to outer” is F2520.

I wrote about this in FlashPrint-Start Point Acceleration, but I think it is probably a bug.

from outer to inner

Contrary to “from inner to outer,” the output order is from outer to inner. 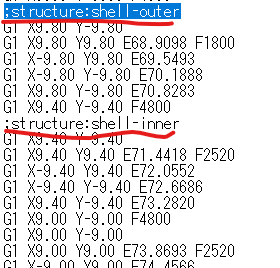 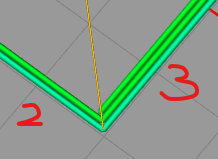 Survey results on movement by G1 and acquisition of coordinate values at M114.

Survey result of G code command used in interaction with FlashPrint of Adventurer3.

I investigated the movement of the "Shells-Start Point Acceleration" parameter newly added in Ver5.3.

FlashPrint-Check the contents of Ver5.1

What has changed in FlashPrint from Ver 4.6 to Ver 5.1? Focusing on the slicer, we will explain the inheritance of parameters, differences in parameters, etc. while looking at the actually output G code data and preview results.

I created a program that makes it easier to see the real numbers of slice parameters exported by FlashPrint with a text ...
Sponsored Link